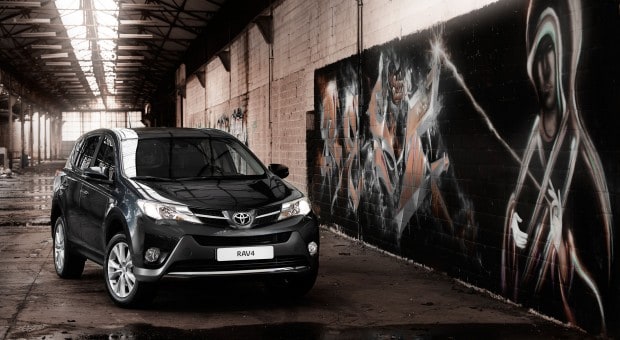 Toyota’s next-generation RAV4 was unveiled at the LA Motor Show this week and the good news is that will make its South African debut in 2013.â¨The new RAV4 features a redesigned, more dynamic exterior and a spacious interior.â¨When it arrives in South Africa next year, expect the mid-size SUV to offer improved dynamic performance, greater refinement, state-of-the-art technologies and better value for money.

In a significant break with RAV4 heritage, the spare wheel will be placed under the cargo floor and the new tailgate is hinged at the roof.â¨Internationally, the newcomer bows in with three new fuel-efficient engines. On the menu are two four-cylinder petrol engines as well as a brand new four-cylinder common-rail diesel.â¨All the engines for the next-generation RAV4 have improved fuel economy and emissions. The new 2.2-litre turbo-diesel engineâs combined fuel economy figure dips below 6.0-litres/100km and CO2 emissions below 150g/km when mated to a manual transmission. Torque weighs in at more than 200Nm available from just above idle and a peak well in excess of 300Nm peak.â¨They incorporate Toyota’s dual variable valve timing for performance, fuel economy, low emissions and quiet operation. All three engines are mated to six-speed manual transmissions as standard. The 2.2-litre diesel and 2.5-litre petrol engines can be specified with six-speed automatic transmissions while the 2.0-litre engine is available with Toyota’s CVT with seven-speed sequential manual mode.