The Range Rover marque may have grown its model line-up this year with the trendy new Evoque, but it’s the flagship tour de force of the TDV8 or supercharged 5.0 V8 petrol that still holds all the trump cards. The Range Rover Sport, despite being smaller and more affordable, holds equal acclaim and is outfitted with the same supercharged V8, plus gives you the option of a more frugal SDV6 power plant. New ‘Autobiography’ limited editions have been added to both vehicles comprising uprated transmissions and a host of visual and tactile improvements including a chunkier body kit, 20-inch alloy hoops, a plated mesh grille, duo-tone semi-aniline leather and a 14 piece wooden veneer for the cabin. It’s a bit more ‘gangsta’ than you might need on the farm however, so our pick of the bunch would more than likely be the Range Rover Sport SDV6 HSE Luxury. For R949995 you get excellent performance – that’s 180kW and 600Nm enabling it with a physics defying 9.3 second sprint to 100kph, whilst returning a mere 9.2l/100km. The aforementioned Luxury pack further endows the HSE with loads of upgrades to its aesthetics and features making your Rangie look and feel truly special. So it’s an accomplished Premium SUV even before we’ve mentioned its off-road capabilities, of which it has very many. It may be pricy, but it’s worth every cent. 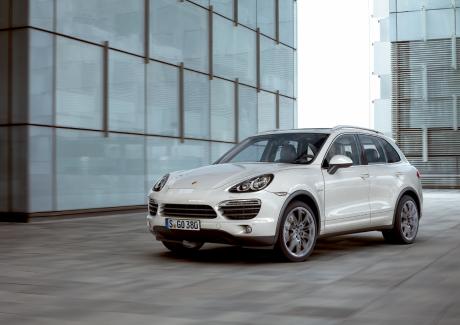 We’re not entirely sure how Porsche is able to sell its massive Cayenne for similar pricing to its Audi and VW siblings, but the payoff is an unprecedented amount of ‘Porsche for your money’. Pick the diesel with minimal options-sheet box-ticking and for R750 000 you’ll walk away with a properly premium utility with Gucci bagfuls of style and performance.

BMW’s X5 has been a perennial performer in this segment, which is fitting as it’s worked the hardest to carve this niche to begin with especially in Mzansi. For your money (it’s not exactly cheap at R685 913 for the 3.0 diesel) you get those brutish looks offset against a sophisticated interior that still manages to look rugged. Proper 4×4 credentials fortify its reputation.