For the third successive year the Volkswagen Golf wins this category. Despite sharing the PQ35 platform with the previous generation Golf 5, the Six surprises inside where it boasts Audi-like levels of refinement. An array of top-performing engines comprises the model line-up, but it’s the award-winning 1.4-litre TSi unit that offers most versatility. It’s an incredibly rewarding engine, and no matter the state of tune (90kW or 118kW), you’ll be left questioning its displacement. It’s also phenomenally light on fuel returning 6.2l/100km. The 1.6 and 2.0-litre TDI engines deliver ample power and unbelievably low fuel consumption figures of 4.5 and 4.8l/100km respectively. Taking economy and emissions to a whole new level is the 1.6-litre TDI Bluemotion. Consuming only 3.8l/100km and emitting just 99g/100km it’s the greenest Golf currently on the market. However, if it’s a performance enriched experience you’re after look no further than the seminal Golf GTI and flagship R version. There’s also a GTI 35th Anniversary Edition that will slot in between the regular GTI and Golf R – expect limited edition badging, lower suspension, tartan seats and more power. 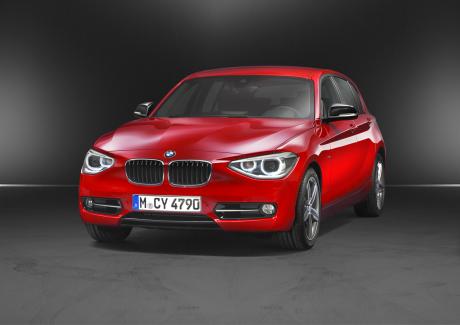 In profile, the second-generation BMW 1 Series may look like a sneaker but appearances aren’t everything. The new One is a grown up version of its predecessor – it’s bigger and wider, and while the newly designed front and rear end will take some getting used to, a plethora of styling options (available on Sport and Urban lines) gets you a bespoke Bimmer.

Available in several trim levels the Giulietta 1.4TBI Distinctive is a firm favourite at the Topcar HQ – ask smitten online editor Ashley Oldfield. Blessed with svelte Italian proportions, the Giulietta is powered by a sprightly 1.4-litre turbocharged mill that can upset many higher powered vehicles when provoked. Is it reliable? Well, we’ve had one in our long term test fleet for the last year and it hasn’t put a foot wrong. It’s also a contender for SA COTY.

Arguably one of the most underrated hatchbacks around, the Ford Focus certainly looks impressive – particularly in Sport hatch guise with its aggressive-looking body kit and sporty 17in wheels. The impressively specced interior in partnership with 2.0-litre power plant , six-speed smooth-operating transmission and sports suspension makes it a blast to toss around in the corners. We eagerly await the 2.0-litre turbocharged ST version.