With the launch of an updated C-Class for 2011 and an entirely new 3 Series BMW didn’t have the easiest job taking this title. The new 3 Series offers up a more complete package than its rivals.

The new suspension mountings on the F30 have made for a more comfortable ride that’s easily comparable to the Mercedes-Benz. The F30 also maintains its sporty heritage, the car still delivering dynamic prowess when required. Improvement has also been made in the electronic steering system which, although still a touch light, provides nice weight to the wheel and feel through corners.

Another vital area BMW worked on was the overall space inside the vehicle; there is now more rear legroom and the boot space has been increased to rival the likes of the Accord and other front-wheel drive cars that normally have more room in the back.

As for the engines, the new roster of turbocharged petrols and diesels look a mouthwatering prospect. Although downsizing has taken its toll the power outputs have been enhanced and make a very strong readings when power to efficiency ratios are calculated.

Overall the 3 Series wins back its crown as the best compact executive sedan through delivering the best combination of power, practicality, efficiency and sportiness. 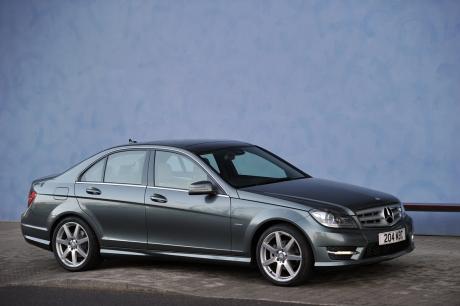 Facelifted during 2011 the C-Class still holds firm as the best-selling executive sedan in the country, though the 3 Series is hot on its heels. Wide range of models and engines available, and still holds more appeal to the older generation than any of the competition.

Underrated rival to the mighty Germans. The Accord offers fantastic value for money with great consumer confidence in the brand. Engine efficiency lagging behind its counterparts, and lacks the fun factor that the BMW and Merc bring to the party with M3 and C63 AMG models.

The newest entrant into the segment but undercuts the competition so severely it surpasses much of the highly rated vehicles such as Audi A5 and Hyundai Elantra. Decent comfort levels and reasonable spec accompany an enthralling drive that rivals the 3 Series excitement levels. Limited models (there’s only one) with no diesel option will hinder sales success.