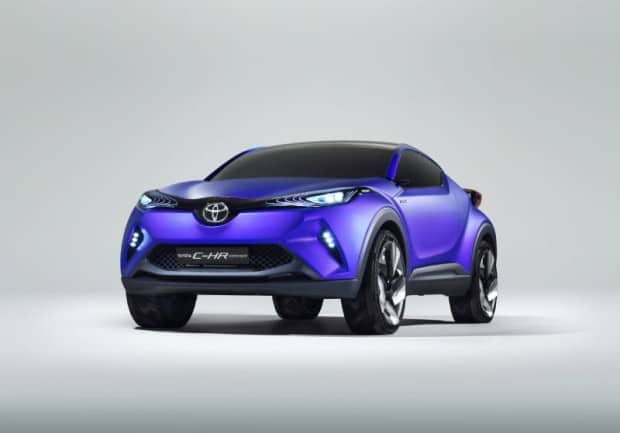 Here’s more proof that Toyota is gunning for Nissan’s successful Qashqai and Juke coupling. It’s called the C-HR concept and it’ll be unveiled at the 2014 Paris motor show.

Toyota plans to unveil its C-HR on October 2 2014 at the Paris motor show and has released this pair of images of the SUV ahead of its debut.

Very little about the C-HR’s been revealed, other than it is seen as ‘the first hint of a type of vehicle the company would like to bring to the small SUV market’. It is expected to let to a Qashqai/Juke-like crossover range to complement the RAV4. It will also be powered by a hybrid powertrain.

Based on the company’s current ‘under priority’ and ‘keen look’ visual identities, C-HR will also usher in a new design language with a ‘diamond’ styling theme. Viewed in profile, the aggressively-styled lower body and muscular wheelarches are a stark contrast to the sleek glasshouse.

As promising as this concept looks, it’s unlikely the production version of the crossover will look anything like this, but we’ll keep our fingers crossed, just in case it might.