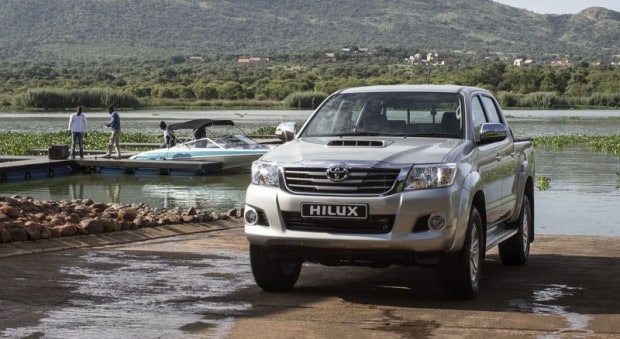 Toyota SA has announced a raft of changes to its mainstay Hilux and Fortuner models, as well as implemented a few welcome running changes to its hot-shot 86 sports coupe, for the 2014 model year.

While we’ve mentioned them before, most of the changes to the Hilux and Fortuner are cosmetic improvements to their cabins. A major change is the binning of Fortuner’s beige interior trim for a more serviceable black (leather on the 3.0 and 4.0 variants, fabric on the 2.5s), combined with a new black dashboard for both models.

The V6 versions (3.0 and 4.0) also gain a new multimedia system which, for the Hilux versions, also includes a rear parking camera. Not to be outdone, the Fortuner 2.5 D-4D models also receive an upgraded multimedia system with a larger display and Bluetooth capability.

On the other end of the spectrum, the 86 also rolls in for a few revisions.

According to Toyota SA, in line with customer feedback, its 86 will now include: a moulded boot mat, touchscreen audio display and Bluetooth functionality. Cars finished to 86 High specification will add daytime running lights and body-coloured spoilers.

TopCar’s Hailey Philander drives an 86. Read topCar magazine to read about their relationship; the update is sure to meet with her approval!