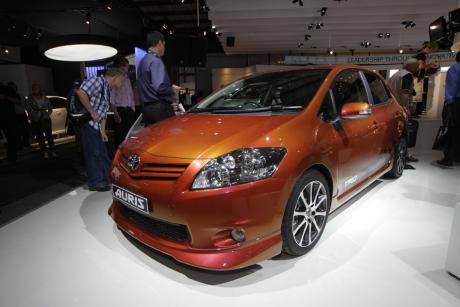 With its impressive performance in the South African National Rally Championship, the Toyota Auris is the perfect vehicle to welcome the mighty Toyota Racing Development (TRD) back to local soil.

The Auris TRD is the first vehicle to be fitted with special parts from the impressive array of TRD performance accessories. Key to the upgrades on the Auris TRD, dubbed the sportiest version of the Auris range, is a specially developed supercharger that is fitted atop the advanced 1.6 litre Toyota Valvematic engine.

The supercharger boosts engine power to 133kW at 6400rpm, while torque is upped to an impressive 202Nm at 5200rpm. Power is driven to the front wheels through a slick-shifting six speed gearbox and kept on the tarmac thanks to a TRD Sportivo Suspension kit.

The Auris TRD will replace the Auris SportX version and will retain this vehicle’s body kit. This includes aerodynamic additions such as a front and side skirts and rear mock diffuser.