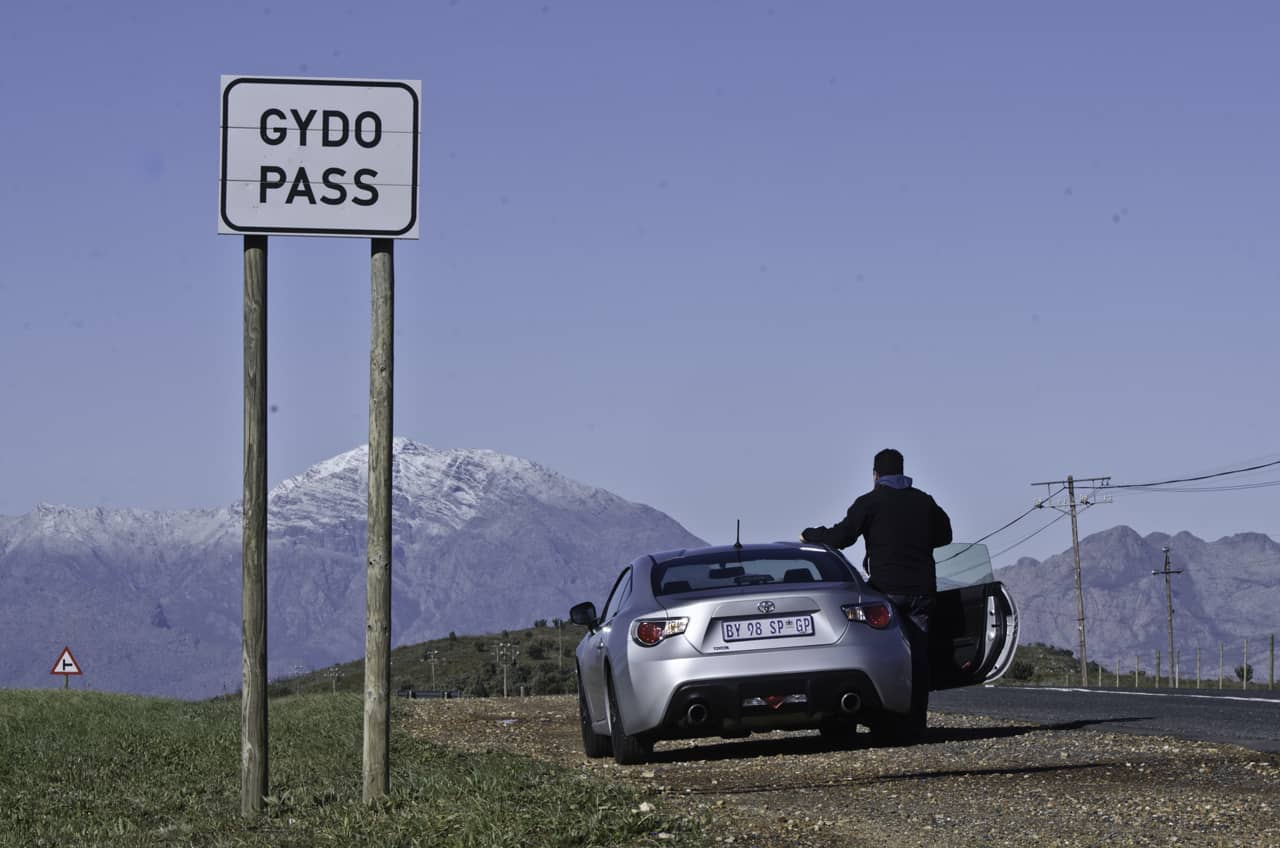 If the name sounds familiar it is because this stretch of mountain road between Ceres and Citrusdal used to be the venue of the King of the Mountain hill climb. Ultimately the event was permanently removed from the motorsport calendar due to a few unfortunate incidents. Unsurprisingly, it is not the easiest road to go quickly on, especially near the top where the direction changes get more technical, giving you the impression you have more space to work with than you actually do. Just like Witzenberg, come here during winter and you’ll be greeted by snowy mountain tops and a slipperier surface.

Down: Has claimed many a car

This one’s less of a road, more of a region that we accidentally discovered while testing the 86 in auto spec. You’ll find it at the end of Gydo Pass. Revel in the exotic backdrops that surround the ribbon of tar, itself a wonderful mess of hairpins and gentle chicanes.

Down: Doesn’t go anywhere, but the return trip is as good

Bainskloof can be treacherous thanks to poor visibility, a sometimes greasy surface and the occasional troop of baboons. Cooler heads prevail here and the reward is a very technical mix of turns and an excellent variation in elevation. There’s not a lot of scope for turning around here, so enjoy the very different uphill and downhill sections in one go.

Up: Schizophrenic mix of curves will keep you enthralled

Good old chappies, it has been the poster child for the Cape’s mountain passes for decades, and with those grandiose views and its exotic location it is easy to see why. It meanders between Hout Bay and Noordhoek, carved into the near vertical cliff face above the Atlantic ocean and, as such, is a tourist hot spot. Ironically, it was here at the summit that I met Mr and Mrs Fujiwara, a pair of Japanese honeymooners who, after a fit of ‘hachi-roku! hachi-roku!’ yelps and much pointing caught their first glimpse of an 86 – we’re pretty sure it has been on sale in Japan for about a year now? After an enthusiastic conversation I was happy to climb back into mine and immediately aim it down the mountain. Visibility comes and goes as the asphalt tucks into the folds of the mountain then out again before scything through the berg via a man-made half tunnel. Tour buses do their best to remain in their lanes but their lengthy overhangs are prone to clipping cyclists, and terrifying sports car drivers. The occasional clear stretch more than makes up for it on a road that encourages graceful manoeuvring.

Up: A visual retreat, technical corners

Above simons town uncurls the Red Hill road. Let me run through its credentials. Three hairpins, several chicanes and a climb that evokes Pikes Peak levels of euphoria. The quality of the Tarmac is not great, so anything stiffer than this 86 is going to take a beating. In the little Toyota it is sublime, the imperfections of the road surface doing little to send me off my line. A canopy of trees covers bits of the course, the rest of it bathed in unfiltered sunlight. The narrow road butts up against the mountain face, its walls amplifying the boxer engine’s exhaust note, the wind whipping noisily between it and the car. It always feels like you’re going fast here. Finish up on the summit after a long flowing left hand hairpin.

Up: Rewards a technical driver