A decade ago BMW fans had a choice between a 3-series, 5-series, 7-series and a Z3 coupe. That all changed in 1999, when the X5 was unleashed on the world. Now every 5th BMW sold is an X car. That’s a lot of X3’s, X5’s and X6’s. We predict that percentage is going to grow even more now that we’ve driven the brand new BMW X1

The BMW X1 is a difficult car to pigeonhole. BMW are calling it the world’s first sports activity vehicle in the compact premium segment. It’s something BMW like doing – claiming the kudos for inventing new niches. The thing is sometimes they do have a point. There are no obvious competitors to the BMW X1, but cars like the Volkswagen Tiguan, Toyota RAV and Nissan Qashqai probably come closest to the concept of an X1. 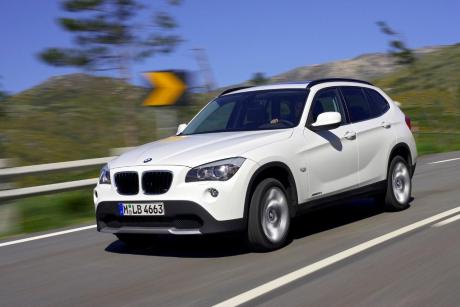 It is, in essence, a small, premium SUV with the fuel economy of a hatch and the driveability of a sedan. It has the functionality of a stationwagon (seeing that is largely built on the platform of a 3-series Touring) but without the dowdy stigma that South Africans seem to bestow on wagons.

We like it. A lot. Even though it’s kind of odd looking. Especially from the front, where it looks like the BMW kidneys have been squashed flat. Plus you have to choose your colour really carefully. Still, photographs don’t do it justice. Choosing the right set of alloys (the most expensive and best looking set will set you back R13800) and the car even starts to look desirable.

I’d want one not because of the way it looks, but because it’s versatile, a great drive which manages to combines a dynamic drive with a surprisingly comfortable ride, fuel efficient and well specced. The price, considering that it’s a premium brand, isn’t bad either.The cheapestX1, a rear-wheel drive only sDrive18i, with the same petrol 2 litre engine you’ll find in a 320i sedan, costs R335500. The rest of the range consists of three diesels, a rear-wheel drive SDrive 20d, a four-wheel drive xDrive 20d and the range-topper, a twin turbo xDrive 23d automatic only which costs R464000.