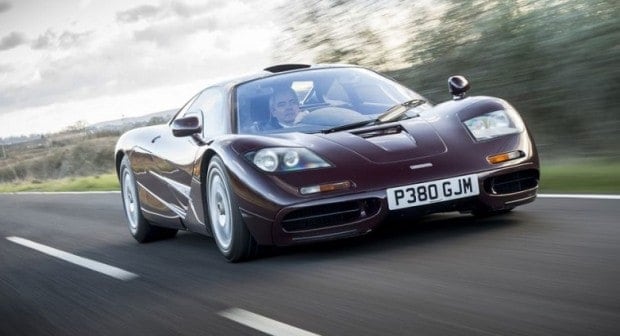 From twice-crashed mess to £8m (R137 million) icon – died-in-the-wool car enthusiast Rowan Atkinson is selling his McLaren F1 supercar. It must be one of the most interesting second-hand cars on sale today with the comic legend owning the seminal supercar since new for 17 years, covering over 65 000km.

In that time, he has had two severe shunts – the latest of which reputedly cost nearly £1m (R17 million) to repair, making it one of the UK’s most expensive ever insurance claims.

That milage is telling: Atkinson has used the car as intended, on school runs, cross-Continental holidays and just for ‘pootling about’ to the shops. It’s good to see such an idolised, and expensive, supercar being used so vigorously.

Atkinson told the Daily Telegraph: ‘Look at a modern supercar of comparable performance and it will be vast, heavy and offer little or no space for your luggage.

‘By comparison the F1 is tiny, yet it will seat three, store enough for you all to go on holiday and still finds space for a proper, normally aspirated 6.1-litre V12 engine. And it weighs the same as a shopping car. Nothing has ever been designed before or since with such imagination and clarity of thought.’

Atkinson’s burgundy F1 is number 64 out of the run of 107 McLarens ever made. ‘I bought it for the quality of thinking that went into its design, and now it has become a thing of value, it is time for it to be enjoyed by someone else,’ he said. It’s been a shrewd investment by the actor, who paid the list price of £540 000 (R9 million in today’s money) for it in 1997.