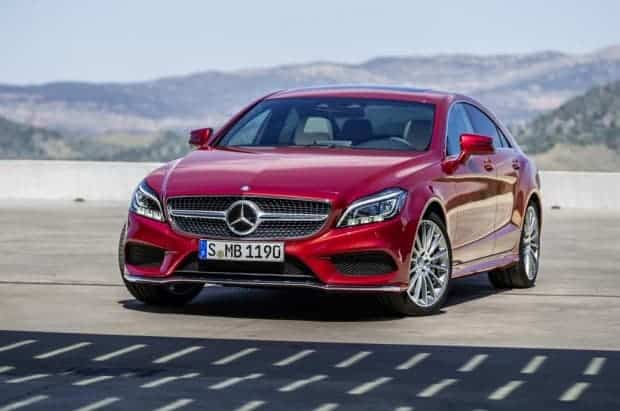 Mercedes-Benz has rolled out a facelift of its CLS with de rigueur LED headlamps. Itâll be here from September 2014.

The CLS and its less handsome Shooting Brake sibling have rolled in for a surprise update that will see the duo gain upgraded interiors with new handcrafted details, a flush of technical innovations and those LED headlamps.

The update to the stately CLS also sees the introduction of Mercâs 9G-Tronic nine-speed automatic transmission and new or updated engines including the more-potent 430kW 63 AMG S variants.

The original four-door coupe and its five-door Shooting Brake will reportedly have LED headlamps as standard.

The models should arrive in South Africa by September 2014. Expect to see the new, 8â? free-standing colour information display, a redesigned three-spoke steering wheel and a range of new colours and finishes for the interior.

As for firepower, the CLS will be powered by a range of four-, six- and eight-cylinder petrol and diesel engines, with output ranging from 125kW to the 5.5-litre V8 biturbo AMGâs 430kW.