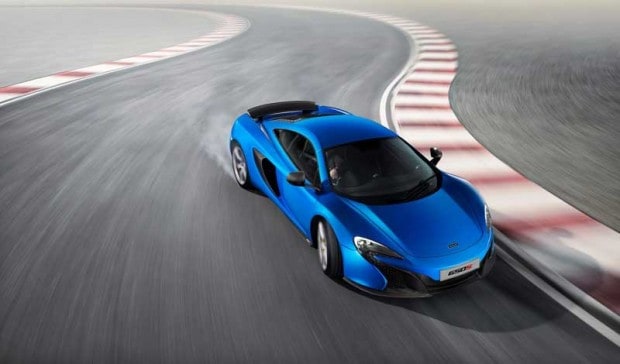 The first example of McLaren’s 650S has rolled off its Woking production line, and the supercar maker has released specifications to mark the occasion.

While 650S will enjoy its global debut at the upcoming Geneva motor show, McLaren has revealed the new sports car will sprint to 100kph in 3.0secs, to 200kph in 8.4sec and hit a top end of 333kph. McLaren says this is the kind of performance that sees the newcomer reach 200kph a full second faster than the iconic F1.

Mike Flewitt, CEO of McLaren Automotive says: ‘Of course the performance figures are important, and they help boost excitement. But they’re only part of the story. This is a car that’s about feel as well as measurement.’

To this end, the 650S is fitted with a twin-turbo V8 developing 478kW at 7250rpm and 678Nm at 6000rpm and mated to a seven-speed SSG. The body is constructed from a carbon fibre monocell with aluminium front and rear frames using McLaren’s ProActive Chassis Control with Normal, Sport and Track modes. The carbon ceramic discs with forged aluminium hubs (front 394mm and rear 380mm) are responsible for reining in the 650S, stopping from 300kph in 271m (and from 100kph in 30.5m).

The car also boasts a high level of luxury features including satnav and Bluetooth, satellite radio, wireless tethering and voice control. The cabin is trimmed in Alcantara and optional features include carbon racing seats, electric steering column adjustment, a rear parking camera and carbon fibre trim for the cabin.