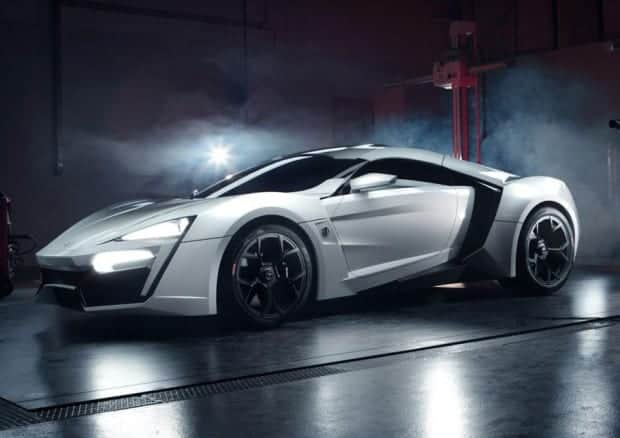 You may not have heard of W Motors before, but this Beirut-based start-up car manufacturer is making some very bold claims about its new Lykan HyperSport machine, calling it ‘an icon in the automotive world with a perfect balance between engineering and design. A masterpiece about to change our perception of perfection.’ Indeed.

Perhaps it’s best to begin with the name. Lykan supposedly has its origins in wolf mythology referring to a breed of wolves called lycans. But these are not just any old wolves. Apparently lycans are more advanced even than werewolves because they can control their transformation. Right.

Enough myth, now for the facts: the Lykan HyperSport boasts an impressive set of collaborative partners in Magna Steyr, StudioTorino and RUF Automobile. It is powered by a 3.7-litre twin-turbo flat six producing 552kW and 960Nm. The mid-rear-mounted boxer motor drives the rear wheels via a six-speed sequential gearbox with a limited slip differential thrown in for good measure. The body is constructed from a carbon composite and the whole car weighs an estimated 1380kg. Naturally, performance claims are equally impressive. W Motors says the Lykan will do zero to 100kph in 2.8sec and should top out at 385kph.

And to go with those heady figures is an exterior straight out of a hypercar enthusiast’s dream creation – let’s call it mentally modular with a touch of Lambo edge and storm trooper futurism. It’s even more sci-fi inside with fully customisable digital instruments, holographic displays and carbon fibre back shell seats covered in leather held together by gold wire stitching. The car key access control itself is made using carbon fibre, titanium and precious jewels. More jewels can be found within the headlamp unit in the form of diamond-encrusted LEDs. Perfectly suited to markets where you stand to lose a limb if caught ‘miss-appropriating’ another man’s ice.

Just seven Lykans will be sold at an estimated R24million apiece, ensuring exclusivity. Crowning off the deal so to speak is a Swiss-made Cyrus Klepcys wristwatch. Although it sounds like an unwelcome disease, each one of the seven exquisite timepieces is worth around R1.6m.

Is it all high-tech silliness or will the Lykan go down in the annals of supercardom as the game-changing epoch-defining hypercar event its makers are hoping for? We may never know.