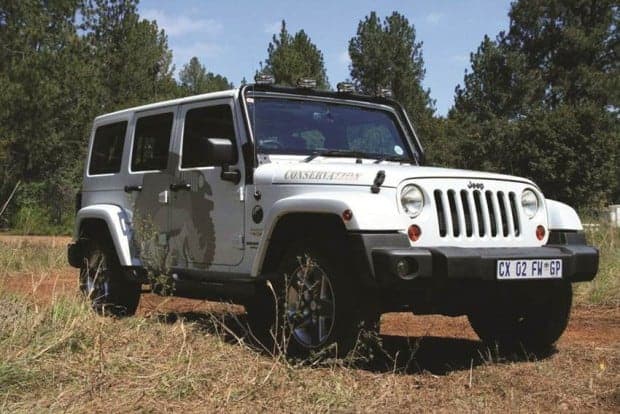 According to the Reserve Protection Agency (RPA), it’s estimated that more than 2748 rhinos have been killed in South Africa at the hands of poachers over the last four years. In that same time only 1091 arrests have been carried out. Rhino conservation is clearly a ‘buzz’ topic in SA at the moment and Jeep is playing their part with the release of the Jeep Wrangler Conservation Edition.

The Jeep Conservation Editions are powered by either the 3.6-litre V6 petrol engine or the 2.8-litre common rail diesel engine, and gain a unique livery to help them stand out from the crowd. These additions include aftermarket Mopar parts like a light bar with four spot lights, fuel filler cap, tail light guards and bespoke Conservation Edition decals.

But that’s not all. Jeep is offering a whole host of extra goodies to go with the 50 limited editions, like SAN Parks accommodation, vouchers for Jeep Apparel and loads more. Most significantly perhaps, Jeep will contribute R10 000 to the RPA for every Jeep Wrangler Conservation Edition sold.