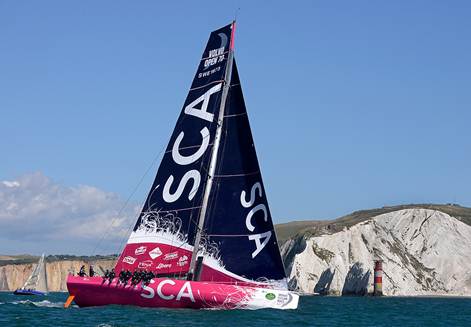 Cape Town will stage the first stopover of the Volvo Ocean Race 2014/15. This is good news for local fans, who will get to experience the epic race firsthand once again, and for competitors, amongst whom Cape Town has always been a popular stopover. Cape Town was first one the map for the 1973/74 installment of the race.

The race will kick off from Alicante in Spain and head out on a 6 500 nautical mile route to Cape Town for the first stopover. From there, the route goes to Abu Dhabi, then China, then New Zealand. After that, Brazil is on the cards, after which the route goes to the east coast of the US, then Portugal. France is the final stopover ahead of the race’s conclusion in Sweden. The total distance of the race is close to 40 000 nautical miles.

The 2014/15 edition of the Volvo Ocean Race is already lining up to be a thriller with its new route, but there ought to be more excitement on the cards from Volvo. That’s because of the brand-new Volvo Ocean 65 boat design, as well as the first all-female crew to contest the race since 2001/02. ‘It’s an amazing opportunity, said crewmember Annie Lush. ‘It’s now up to us to go and do it.

And it’s hard to disagree, because Ian Walker, who is returning to pilot the Abu Dhabi Ocean Racing entry had this to say of the Volvo Ocean 65 boat: If it hadn’t been for the nww one design rule, then I probably wouldn’t have done the Volvo Ocean Race again.

It’s definitely going to be the tightest race in history, he concluded. It has to be!