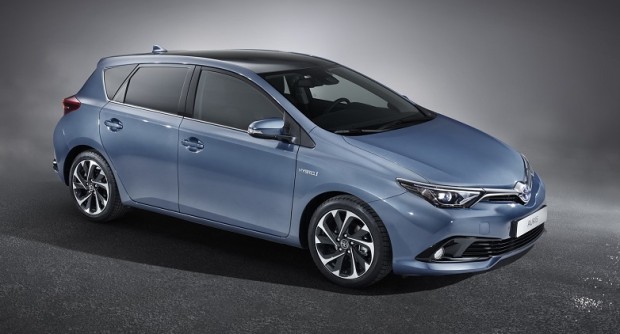 Toyota has confirmed it will show this new facelifted Auris at the Geneva motor show – a kind of halfway-through-its-life pep-me-up for the VW Golf-fighter.

It’s a minor cosmetic nip-tuck for the hatchback, but more change is promised under the skin. Thankfully there’s no X-face for the Auris (seemingly reserved for smaller Toyotas like the Yaris and Aygo) but there is a new grille featuring extra chrome atop the existing chrome and a re-profiled lower air intake.

We doubt it’s enough to pique interest of many car enthusiasts, but then to make that assumption is to misread the target audience of the Auris. We suspect most typical Toyota owners will appreciate the gently tided-up interior and the range of new engines, led by a 1.2-litre turbo for the first time.

The 1.2 will be good for lower CO2 and improved fuel economy, we’re told, although no official figures and details are yet available. The hybrid continues, for sure. After all, the petrol-electric model accounted for half of all Auris sales in Europe in 2014. Any thoughts on the new styling?