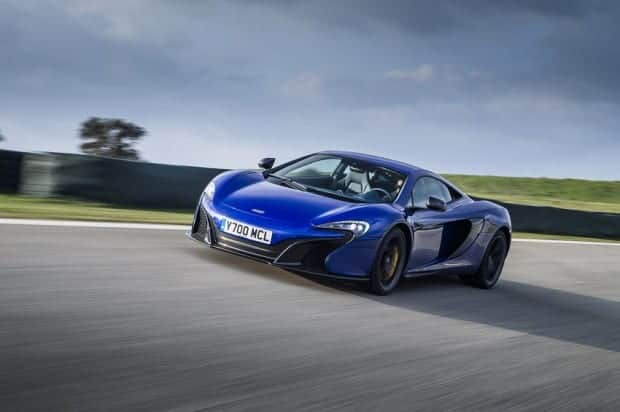 McLaren is forging ahead with its supercar product onslaught. Following in the footsteps of the 650S (pictured above and you can read our impressions in the June issue of TopCar) and the ballistic P1 halo car, the focus now turns to the ‘entry-level’ McLaren P13 – a sports car that’ll take on the Porsche 911.

Using the same MonoCell carbonfibre monocoque with aluminium body panels, and the same 3.8-litre twin turbo V8 engine as the 650S albeit detuned to around 370kW the P13 will cost 25 per cent less than the current cheapest McLaren. That should price it in the region of Â£120 000, or R2-million in a direct currency conversion. So it’s still not exactly priced like a Nissan Micra but it is aimed squarely at the Porsche 911 income bracket.

Mike Flewitt, the CEO of McLaren, says, ‘The P13 will be more usable, more affordable and is still an actual sports car.’ Is that meant to suggest the 650S is unusable? Because we happen to think the modern McLarens we’ve driven recently have been some of the most comfortable and everyday-friendly supercars on the market.

Flewitt also admitted that while McLaren’s traditional rival has always been Ferrari – on and off the F1 circuit – the Woking-based manufacturer benchmarked the P13 against the highly-accomplished 911 GT3. Saying the ‘elemental’ driving experience of the most-focussed 911 was highly appealing. Let’s hope the McLaren P13 does indeed capture some of that elemental-ness. The P13 will go on sale in the UK in the final quarter of the year, but we’ll see it at a motor show much sooner.