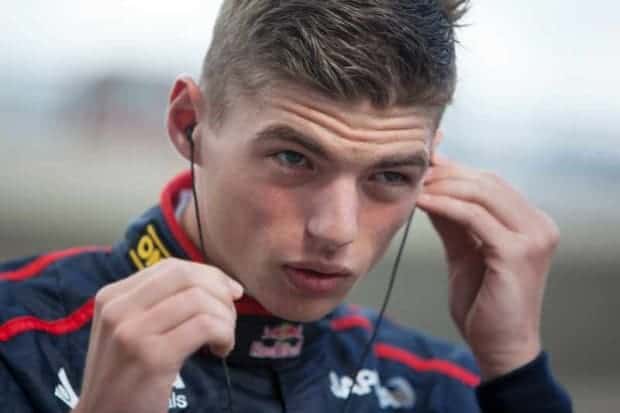 F1 is simply adjusting to the new ‘global trend’ of younger athletes.

That is the claim of Max Verstappen, who in Melbourne shattered the old record to become the youngest race driver in the history of the sport.

The old record was held by Jaime Alguersuari, who was 19 when he made his debut in 2009.

Seven other 19-year-olds have also raced in F1, including Fernando Alonso and Sebastian Vettel. Dutchman Verstappen, however, only turned 17 last September.

His debut has therefore been highly controversial, moving the FIA to impose a minimum age of 18 for F1 drivers in 2016 and beyond.

‘Everyone can have their own opinion,’ Verstappen, whose 43-year-old father Jos also raced in F1, told Germany’s Auto Bild

‘In the end it is up to me to show that they are wrong.

‘But I would say that there is a global trend of more and more young people entering high-performance sports. Real Madrid, for example, has signed a 16-year-old Norwegian,’ said Verstappen.

In Melbourne, Verstappen was outqualified by his 20-year-old teammate Carlos Sainz before retiring in the race.

He said he is not worried he might now echo the rookie season of his father Jos, who in 1994 debuted as a 22-year-old alongside Michael Schumacher at Benetton.

‘My debut is under completely different circumstances,’ Max insisted.

‘His teammate in 1994 was none other than Michael Schumacher, who we all know now is the most successful formula one driver of all time.

‘Actually, he had no chance under those circumstances to distinguish himself. For me it’s different.

‘Toro Rosso and Red Bull are used to working with young drivers and developing them. So I am in good hands,’ said Verstappen.