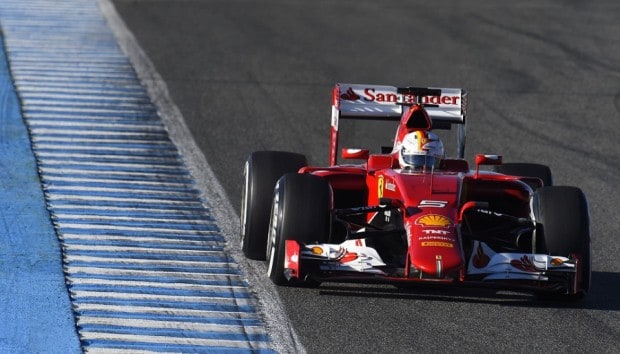 Mercedes has tipped Ferrari to challenge in 2015.

Having struggled in 2014, the fabled Italian team proved in Melbourne that it has leapfrogged Red Bull and Williams to be ‘best of the rest’ so far this year.

‘Compared to where we were last year,’ Kimi Raikkonen told reporters, ‘for sure as a team we did the best job over the winter.’

Many experts are nonetheless predicting a lonely season of easy one-twos for Mercedes, but team boss Toto Wolff is refusing to write off Ferrari.

‘We won in Melbourne by about 30 seconds to Ferrari,’ he is quoted by Universo

‘If you consider where they were last year, that is quite impressive.

‘We can see from GPS that their engine is very powerful and the car is very good. I think it’s only a matter of time before they reach us, because Ferrari as a team has everything you need to do that,’ added Wolff.

Given Mercedes’ utter dominance in Australia, some might smirk at Wolff’s comments, but F1 veteran David Coulthard agrees it is far too soon to predict the outcome of an entire world championship.

‘You can see from what Ferrari has done that it is possible to move forwards,’ the former Red Bull driver told Austria’s Servus TV

‘Red Bull is having problems and the same is obviously true of McLaren and Honda, but they are working on solutions.

‘You can’t look at just one race, you also have to see the big picture,’ added Coulthard.