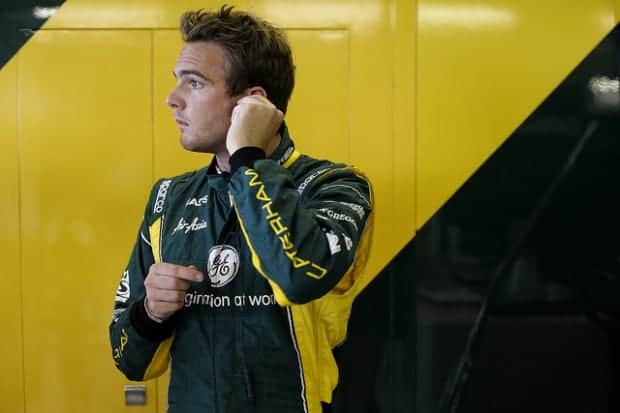 The Dutchman’s management confirmed reports that a settlement with the Swiss team has resulted in the end of his 2015 race contract ‘by mutual consent’.

Reports had suggested van der Garde, 29, and his backers had been refunded EUR 15 million including legal costs, but the driver said it only left him ‘sad and very disappointed’.

He would not comment on the actual figure, but confirmed that Sauber paid ‘significant compensation’.

‘This dream has been taken away from me and I know that my future in formula one is probably over,’ he said in a statement posted on Facebook.

Van der Garde was critical of Sauber team boss Monisha Kaltenborn, revealing she was ‘adamant not to let me drive’ in Melbourne.

He said he ultimately agreed to settle only because pushing forward might have ‘brought down’ Sauber, ‘wrecked’ the season opener and ‘ruined the careers’ of Felipe Nasr and Marcus Ericsson.

‘I decided I did not want to live with that idea, even though it was only the team’s management that was responsible for the bizarre situation I found myself in,’ said van der Garde, who revealed that his sponsors paid for his 2015 seat in full early last year.

‘This was simply in good faith and to help the team deal with its cash problems at the time. Effectively, it was my sponsor’s advance payments that helped the team survive in 2014,’ he explained.

He said he will now try to resurrect his career at Le Mans or in the DTM series.

Van der Garde thanked F1 drivers and personalities for privately and publicly backing his stance against Sauber, and hoped the case would help set ‘new standards’ to ‘protect the rights of drivers’.

‘I would like to think that the values and business ethics that apply in any other business should be equally applicable in formula one,’ he said.