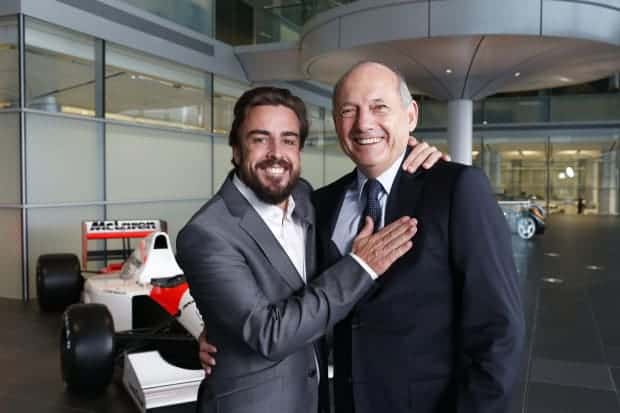 Fernando Alonso has stepped up his preparations to return to action in Malaysia next weekend.

McLaren-Honda confirmed reports the Spaniard is at Woking, and on Wednesday he will be at the wheel of the team’s sophisticated driver simulator.

‘We have a programme to help Fernando back to racing,’ a spokesman said.

There have been rumours the 33-year-old is nervous about returning to the cockpit of the MP4-30 while his Barcelona testing crash remains unexplained.

Team boss Eric Boullier told Spain’s El Pais he has been in contact with Alonso ‘every day’.

‘He is perfect,’ said the Frenchman when asked about Alonso’s medical condition. Boullier smiled: ‘In fact, he is starting to get worried about going crazy if he is not back soon.’

He said Alonso will have the FIA’s medical tests later this week and is expecting the ‘green light’.

Boullier also denied the mysterious testing crash had already driven a wedge between Alonso and McLaren, with the pairing having fallen out so badly in 2007.

‘It was a dramatic and very unfortunate event, but I can assure you that there is no problem between us.

‘I was with him in the hospital every day,’ he said, ‘talking to doctors, and was completely transparent with the people around Fernando.

‘I myself coordinated the investigation launched in Woking and everything was done in full transparency with the FIA. We, just as them, want to know what happened.’