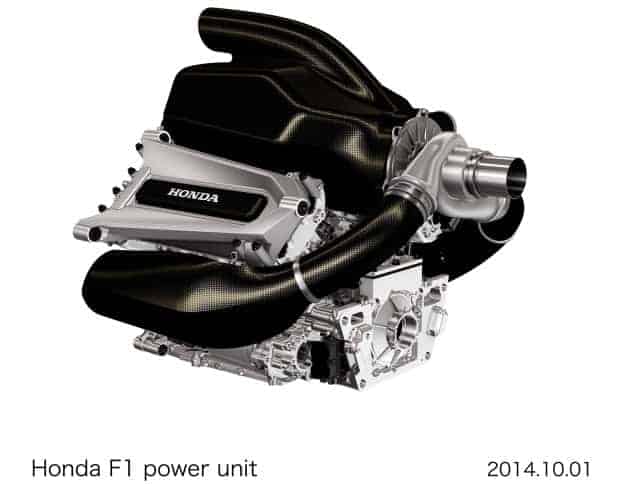 Honda has given the world (and ardent F1 fans) a first look at its turbo V6 engine currently under development ahead of the 2015 F1 season.

Honda will preview its F1 unit via video, including the sound of the engine revving, at the 2014 Japanese grand prix at Suzuka, which is owned by the car maker. The video will available to the public from Monday, October 6.

Yasuhisa Arai is the senior managing officer of Honda R&D, who is heading the F1 Project, and says: ‘Working toward Honda’s F1 participation starting in the 2015 season, development of the power unit is entering its prime phase at our R&D facility in Sakura (Tochigi, Japan), where we transferred our automobile motor sports development earlier this year.

‘In addition to conducting simulations, we have moved onto the next stage where we conduct full-fledged bench tests of the engine while connecting the turbocharger and energy recovery systems.

‘In the meantime, our racing operation base in Milton Keynes, United Kingdom, has become fully operational. The whole team is concentrating on this development, getting ready for the forthcoming start of F1 participation in 6 months.’

To whet your appetite, why not check out this video about another Honda ‘racer’ – this time, the Civic Type R…