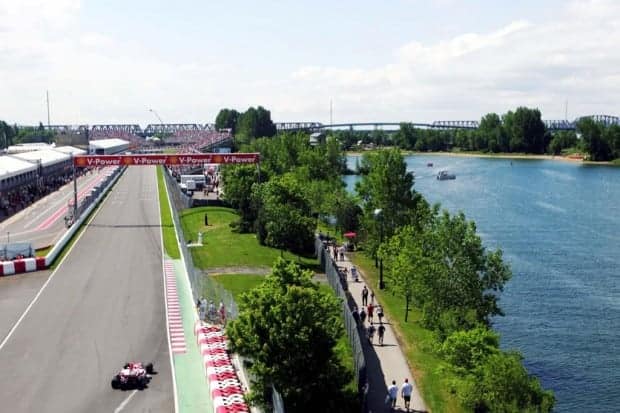 Race promoter Francois Dumontier is worried about the future of the Canadian grand prix.

He told French-language La Presse newspaper that Montreal’s Circuit Gilles Villeneuve needs to urgently conclude its talks with F1 authorities about extending the current contract beyond the June race.

‘Sixty days before the 2014 grand prix, there is an urgency,’ the usually low-profile Dumontier admitted.

‘It is true, unfortunately, the sustainability of the Canadian grand prix is not yet assured.’

He said he is in negotiations with Bernie Ecclestone for a new ten-year contract, ‘covering the period 2015 to 2024′.

But he not only has to conclude the deal with F1, but also with the various levels of federal, provincial and city governments who split up the costs.

‘Time has gone past and there are still no signatures at the bottom of the documents,’ said Dumontier.

He said he wants the deals to be secured before June’s 2014 race in Montreal.

‘Following the grand prix in June, the rights of my business to the race will be non-existent,’ Dumontier warned. ‘We must act now.’

Montreal mayor Denis Coderre, one of the parties who must agree, said he is ‘very confident’ the deal will be struck ‘in the coming weeks’.

‘This (delay) is normal when it comes to events in which you sign for ten years,’ he said.

‘I want there to be a grand prix, but you understand that it must be in a responsible way.’

A spokesman for federal minister Denis Lebel added: ‘We are working with our partners to see if we can keep this important event in Montreal.

‘But the involvement of the federal government will have respect for the ability of the taxpayers (to pay),’ he added.