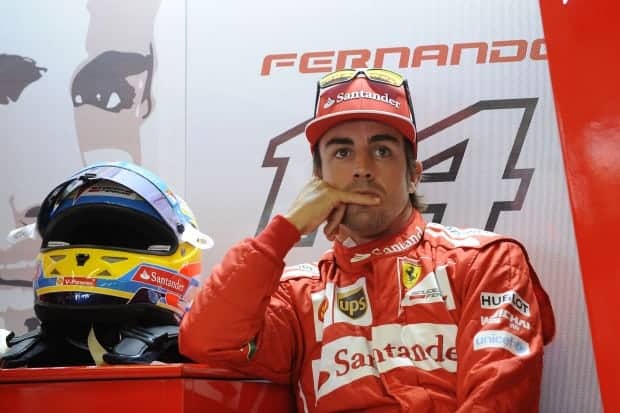 Fernando Alonso is threatening legal action after being named on a list of those suspected of tax evasion.

The so-called ‘Falciani list’, named after a whistleblower, features thousands of names of those with Swiss accounts who reportedly used the HSBC bank to evade tax by placing money offshore.

Also on the list are Michael Schumacher, Flavio Briatore and Heikki Kovalainen, according to major newspapers including the French daily Le Monde

According to the Spanish news agency EFE, Spaniard Alonso – accused of holding $42 million in four separate accounts – has hit back at the reports by threatening to sue over damage to his reputation.

A source close to Alonso, who today lives in Dubai, insisted: ‘Revenue authorities have never asked him anything because his situation has always been impeccable.’

EFE claims Alonso confirmed in a statement that he has ordered the ‘filing of several lawsuits’ in the wake of the media reports.

Former Renault boss Flavio Briatore, who was linked managerially both to Alonso and Kovalainen, also hit back at the claims, insisting that his ‘accounts with HSBC had for years been reported to the authorities who never found any tax irregularities’.