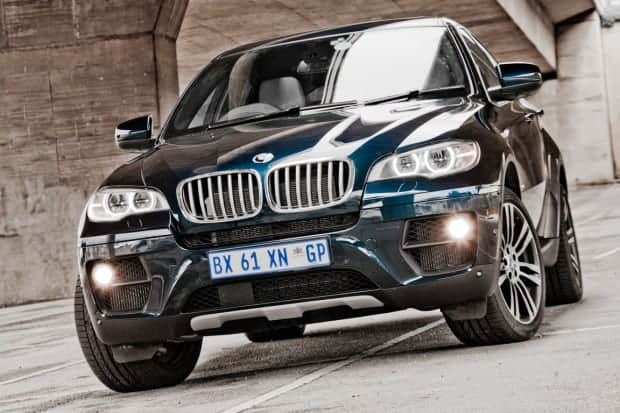 ONCE YOU ACCEPT that the BMW X6 was never designed to conquer anything more than the potholed dirt road en route to the nearest holiday destination, you actually start to understand its appeal. Sure, the Land Rover Discovery and Toyota Land Cruiser crowd will always ponder the point of it and why a vehicle of its size, price and demeanour doesn’t boast the off-road arsenal or heritage of their own steeds. But if you ‘get’ the X6, you know climbing Dune 7 is actually not that important to you. All you’re really looking for is something that’s a bit more individual than an X5, a bit less presidential than a 7 Series, but with the same inherent sense of BMW luxury, dynamism, practicality and driving pleasure.

This year sees a mid-life nip-and-tuck for the svelte tourer in the form of a revised front end. Both the signature BMW grille’s slats and the adaptive twin headlamps now have a chrome 3D appearance – very 2012. One can distinguish the new X6 35i model by its black slats, while 40d has chrome slats. As for the BMW X6M, there are only minor changes such as the inclusion of adaptive LED-headlights, brake calipers in metallic blue (with M logo on the fronts) and the power-dome bonnet. The range also features new 19- and 20-inch wheel designs, fresh leather trim (Nevada leather in Red and Nappa leather in Ivory) and new exterior colours (silver, brown and blue).

BMW’s EfficientDynamics systems (Brake Energy Regeneration, low-rolling resistance tyres etc) are also now standard on 2012 models and the previous six-speed autobox has ben replaced with a new smooth-shifting eight-speed automatic transmission with paddle shift. Also standard is a more conventional bench seat – a la X5 – over the two individual rear perches, although the latter is still available as an option.

This year’s range also sees the addition of the X6 M 50d model, which features a 280kW in-line six-cylinder turbodiesel with triple turbocharging, boosting torque to a massive 740Nm. With a 5.3sec 0-100kph acceleration time and an average combined fuel consumption of 7.7ℓ/100km, ask yourself if M Division’s engineers really care if the X6 50d doesn’t have low range…